It is my pleasure to introduce to you the 40th season of the Hyacinth Series at Moorings Presbyterian Church! I hope you’ll join us in welcoming an exciting lineup of artists to Naples once again to this storied series. Founded in 1982 by beloved former Music Directors Dick & Martha Crofts, the Hyacinth has welcomed tens of thousands of people to its more than 150 concerts, and has truly glorified God in its offerings.

The 40th Anniversary season couldn’t be more unique. In addition to having thrived through the pandemic, this year marks the first that I’ll be serving Moorings Church as their Director of Music & Organist as well as the Artistic Director of Hyacinth. It’s a distinct pleasure to work alongside the many talented committee members who have paved the way for a successful season even before my arrival, and of course – the unparalleled Moorings sanctuary (and instruments) help give us a small glimpse of the full glories of our God through music. The hymn “When In Our Music God Is Glorified” describes the treasure of music well in one of its stanzas: “How often, making music, we have found a new dimension in the world of sound, as worship moved us to a more profound Alleluia!”

Let it be so this year, and we hope you’ll join us! 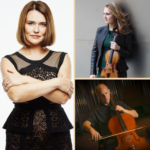 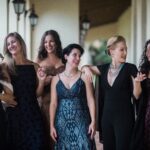 The second concert of the 40th season will feature the The GO DIVAS, Gulfshore Opera‘s popular six voice women’s ensemble. In this concert, GO Divas will perform songs with inspiring messages using their signature rich vocal harmonies. This intricate weave of beautiful voices will interpret familiar hymns like Be Thou My Vision, exciting duets by Mozart and Verdi, and popular melodies like You’ve Got a Friend.

You are sure to be uplifted by these lovely ladies and their beautiful music! 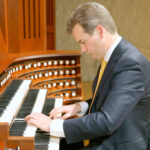 Regarded as one of North America’s finest concert organists and praised for his dazzling artistry, impeccable technique, and imaginative programming by audiences and critics alike, Ken Cowan maintains a rigorous performing schedule that has taken him to such major venues as Berlin Philharmonie, Vienna Konzerthaus, Davies Symphony Hall in San Francisco, Verizon Hall in Philadelphia, Maison Symphonique in Montreal, and Walt Disney Concert Hall in Los Angeles.

Ken is excited to highlight the Nichols and Simpson organ’s exceptionally wide and recently-expanded range of beautiful sonic possibilities during his performance at Moorings. Virtuoso showpieces and symphonic transcriptions will be featured by Johann Sebastian Bach, Edward Elgar and Richard Wagner. 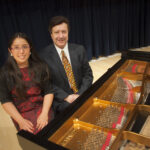 In celebration of their new French music CD and in anticipation of their March 21st Carnegie Hall recital, pianists Michael Baron and Priscila Navarro present an exciting program of music for piano duet as part of the series. Masterpieces by Schubert, Dvorak, Gershwin, Ravel, Liszt and others will be presented in this concert featuring two pianists on the church’s beautiful Fazioli piano. Pianist Michael Baron is the Distinguished Professor of Music and Head of Keyboard Studies at the Bower School of Music at Florida Gulf Coast University and enjoys a worldwide career. Priscila Navarro recently received her doctorate in Piano Performance from the Frost School of Music at the University of Miami. The winner of many competitions, she performs a large repertoire throughout North and South America, and Europe. This is a program that is sure to please with music that is both beautiful and brilliant. 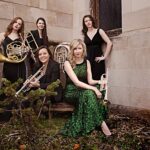 The final concert of the series will be presented by the Seraph Brass, a dynamic ensemble drawing from a roster of America’s top brass players. Led by internationally- renown trumpet soloist Mary Elizabeth Bowden, they’ll perform a diverse body of repertoire that includes original transcriptions, newly-commissioned works and well-known classics.